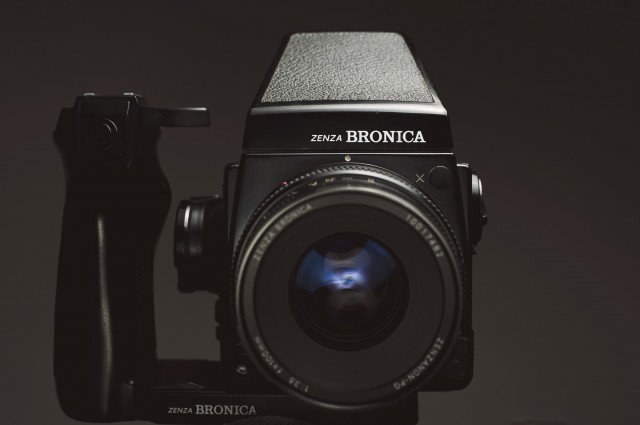 The least talked about model in a criminally underrated brand….

“I want a medium format camera, but I don’t know which one, help!”

“Going medium format, but I’m clueless, where do I start?”

Over the last 15 years or so that the professional market has moved to digital, medium format film camera prices have dropped dramatically, and photographers have been able to buy gear at fractions of what they cost new.  Film loving photographers were eager to take advantage of these bargains, but they might have been confused by the various format options and cameras that were available, so naturally, photo internet forums provided a place for them to ask these questions. Experienced photographers chimed in, with cameras that they had personal experience with, and one name almost always is left out these conversations totally (that is until one or two lone voices chirp up and say “Bronica”), then conversations for some reason turn into complaints about accessories and availability of parts.  System reliability issues or how some wedding pros may have trashed their cameras during the 80’s.  Or the photographer who started their career with Bronica equipment, just to “trade up” to a Mamiya or Hasselblad system as soon as they were able to.  Usually those photographers are talking about the SQ 6×6 or the ETR 6×4.5 systems.

The GS system has two teleconverters (a 1.4x and 2x) and two extension tubes (18mm and 36mm) available.  The 110mm Macro gives you a 1:4 image without extension tubes. Adding the 36mm tube allowed you to reach 1:1 magnification.  The tubes are also useful because of the relatively long MFD (Minimum Focusing Distance) of the lenses (as compared to other camera systems).  There are 4 finders available (Waist Level, Standard prism, metered prism, and a special 90 degree Rotary prism that allowed you to shoot the camera vertically on a tripod, with the addition of the Rotating tripod adapter).

Let me explain a little further about the rotating pieces.  Many photographers point to the Mamiya RZ system’s advantage over the Bronica is that the film back of the Mamiya rotates from landscape to portrait, so you don’t have to turn the camera 90 degrees to shoot in portrait format.  Because the GS-1 was designed to be as small as possible, it’s film back does not rotate, so to shoot portrait, you have to turn the camera 90 degrees.  Which is perfectly fine if you are shooting the camera handheld with a speedgrip, but what about in the studio on a tripod?  Bronica’s solution to that was to create two accessories, the Rotating Prism AE (for auto exposure – the prism provides spot metering and allows you to shoot in Apeture priority) G and the Rotating Tripod Adapter G:

(While a creative solution to address this issue, be warned that these rotating accessories can be somewhat difficult to find (sometimes you can luck out and buy them as part of a lot of GS-1 equipment).  Otherwise expect to pay around $100 for the Tripod Adapter and $200 for the Rotating prism.

What about the lenses?  The GS-1 lenses were held up to be gold standard for Bronica, so much so after they created the coatings and formula for the GS-1’s PG series of lenses, they went back through their other camera lines (the 6×6 SQ and the 6×4.5 ETR) and re-released lenses for those cameras with the same formula.  Which is why you have S and PS series lenses for the SQ series and MC and PE lenses for the ETR series.

Now, I’m normally a one lens type of guy, that is I buy a camera and usually I’m happy with only one lens, but I actually have four lenses for my GS-1!  The normal 100mm f3.5 which one of the two fastest lenses in the system (the other being the rare 80 3.5, which was the last lens that Bronica released before the line was killed off by Tamron in 2004.)  The Macro 110mm, then I have both wide angles, the 65mm and the 50mm.  I’d like to get a telephoto lens (or two) to round out my system, then I’ll have a range of lenses to handle a wide range of shooting situations.  Fortunately, because Bronica is so underrated, lenses won’t cost you an arm and a leg!  The most expensive commonly found lens on the used market is the 50mm which can run you at the highest $300, the 65mm is usually a $100 or so less.  The teles can be had for around $200 or so, with the 150mm usually the cheapest, I’ve seen some of those go as cheaply as $70!!  Medium format 6×7 lenses for under a $100??!?!  The only lenses that get expensive are the normal wide 80mm, and the ultra rare 500mm beast!

Interesting tidbit:  The GS-1 also, is the only 6×7 camera that has the capability of shooting TTL flash!  Using the Speed grip (which is equipped with a hot shoe) and the dedicated Bronica Speed Light G

So what happened with the GS-1 you might ask?  Why don’t we hear about or see more photographers using them?  I’m not sure, I did a search for old photography magazines to see if there were any advertisements or marketing on the GS-1.

Here’s what I found:

Seriously people?? How many other camera manufacturers during this time were offering a FREE EXTRA BODY when you bought a system setup (Body, prism, lens and film back)?  Or if you bought a system setup, selling an extra lens for a major discount ($1300 lens for $250)???  Despite the above examples of advertising, this system was so under the radar, that now on the used market, finding some lenses & accessories can be quite a quest.(I spent months searching a combination of eBay, KEH, B&H, and Adorama looking for the 50mm before I lucked out and found an almost mint one on eBay).  Unless you’re in Japan, the Japanese have tons of gear that seemed to never have seen any time out in the field – practically almost mint!

But seriously, after looking at those offers, I still wonder why we don’t see as much GS equipment in the second hand market.  I guess it was difficult for the GS-1 to shine under the shadow of Mamiya.  Although, I will put any of my Bronica PG lenses up against any Mamiya RZ lens (and a comparison of these two workhorse systems will be coming in a future Return to Film feature!)

Okay, how about some photos:

Lately, I’ve gotten interested in shooting at night, inspired by Patrick Joust of Baltimore, so I’ve been dragging the GS-1 through the streets of Dallas photographing interesting scenes.  I hope to do a book of the images once I feel I have enough to complete an overall statement.  The GS-1 is actually a pleasure to use at night, once you learn the dance you have to do with locking the mirror up.

Here are the steps that will get you a full 10 shots on a roll, because if you follow the directions in the GS-1 manual, you lose a shot after each time you wind. 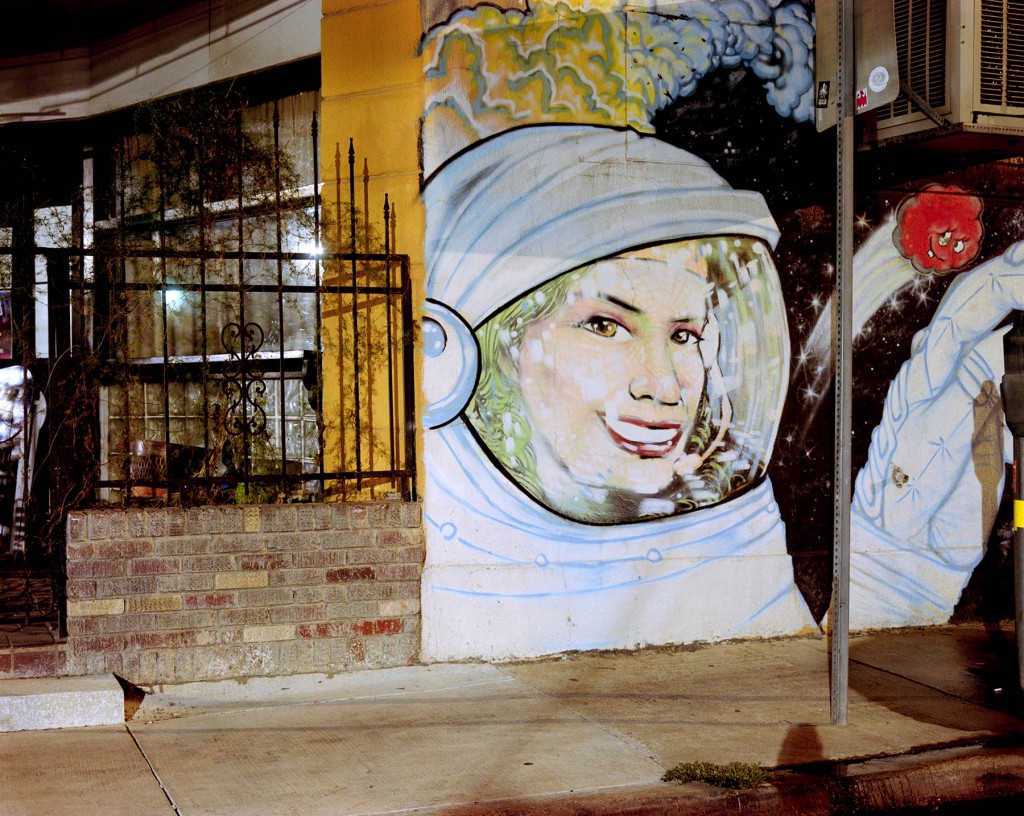 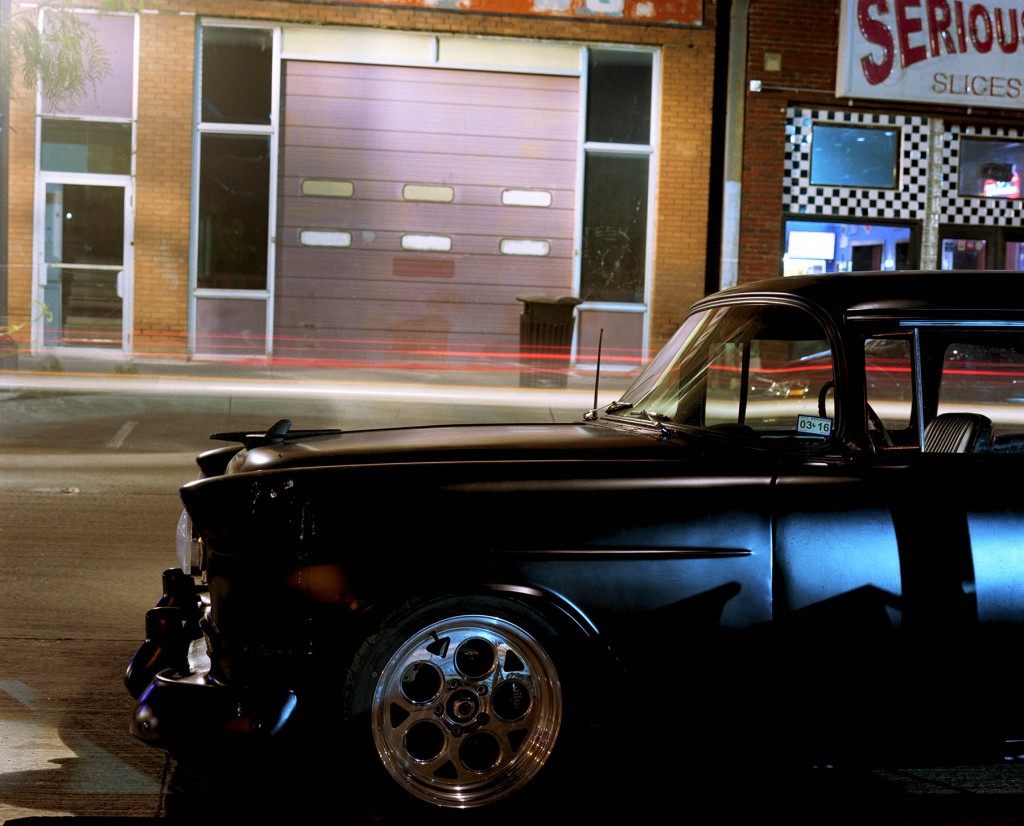 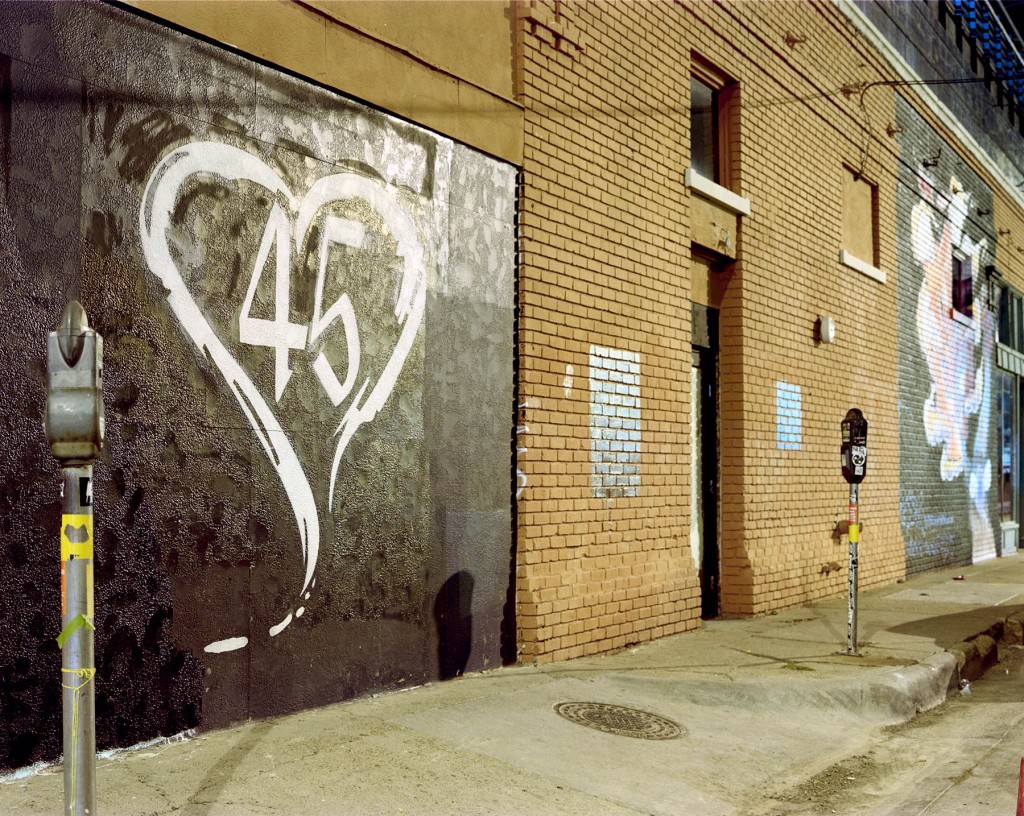 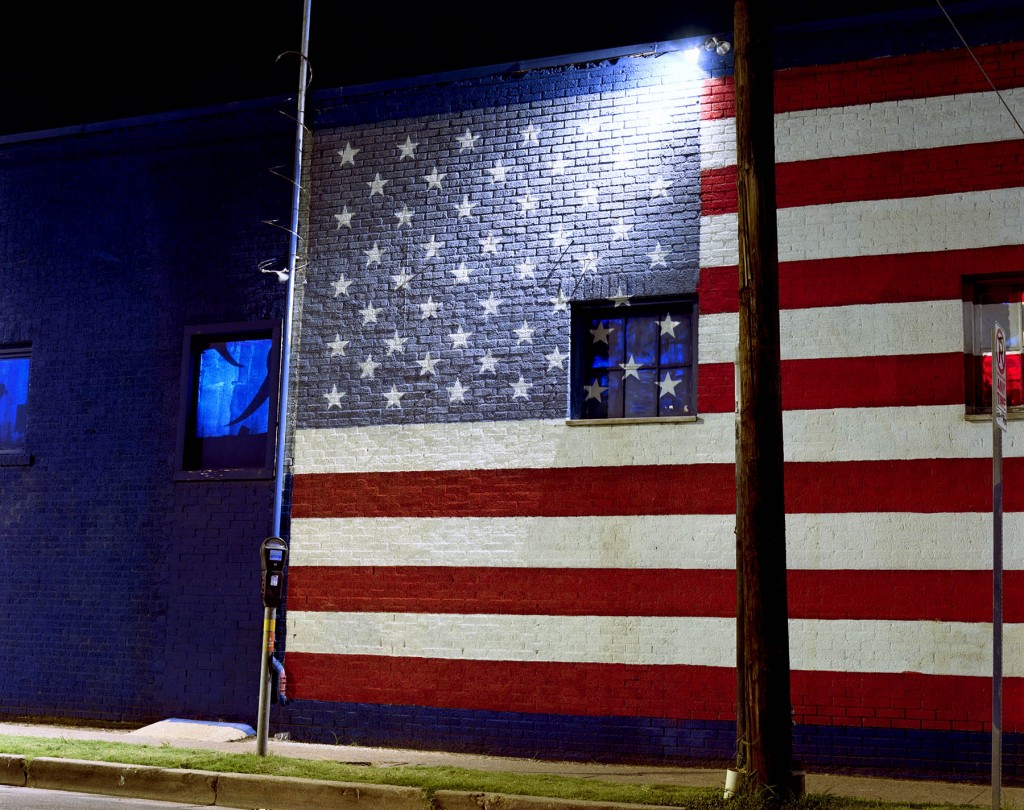 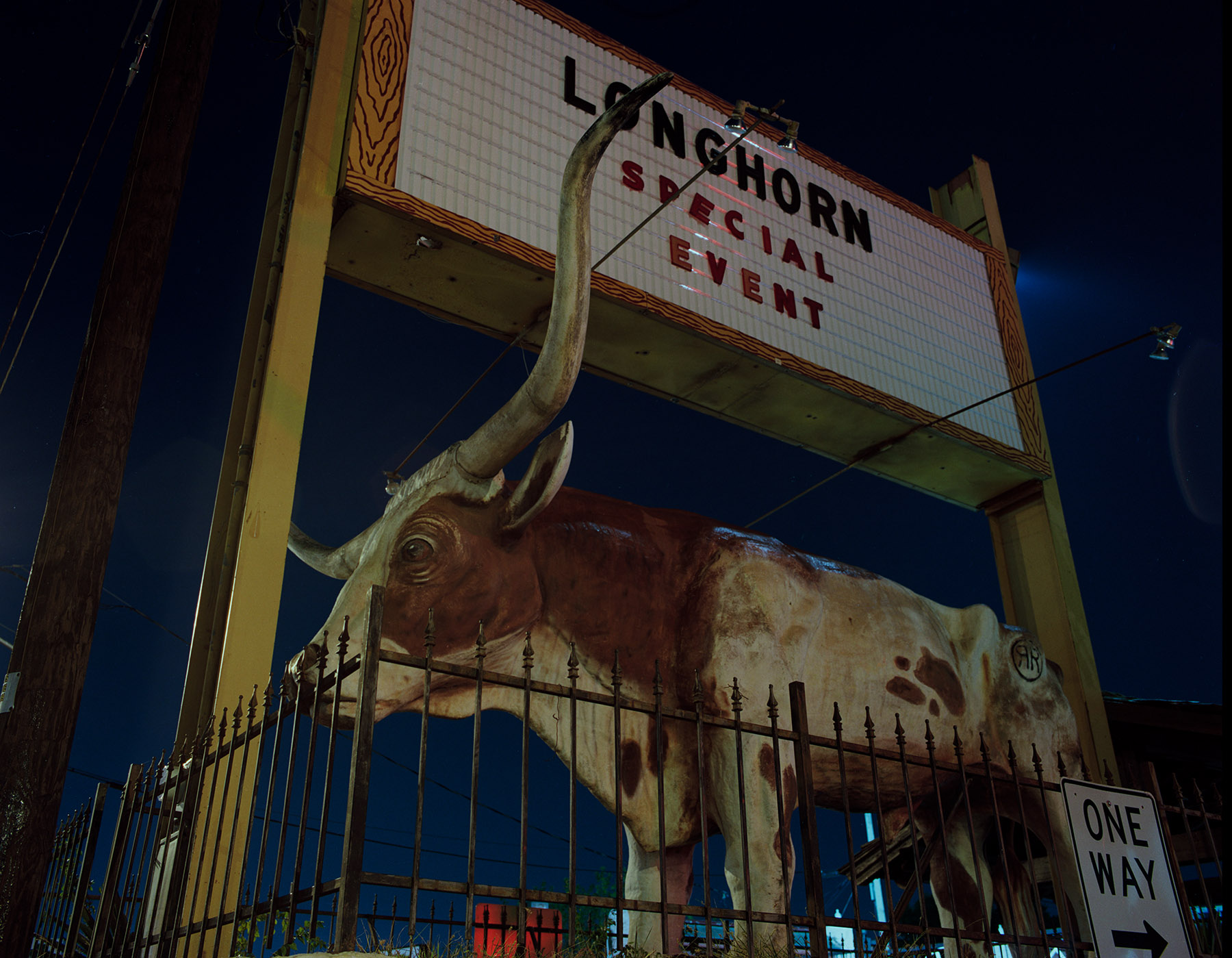 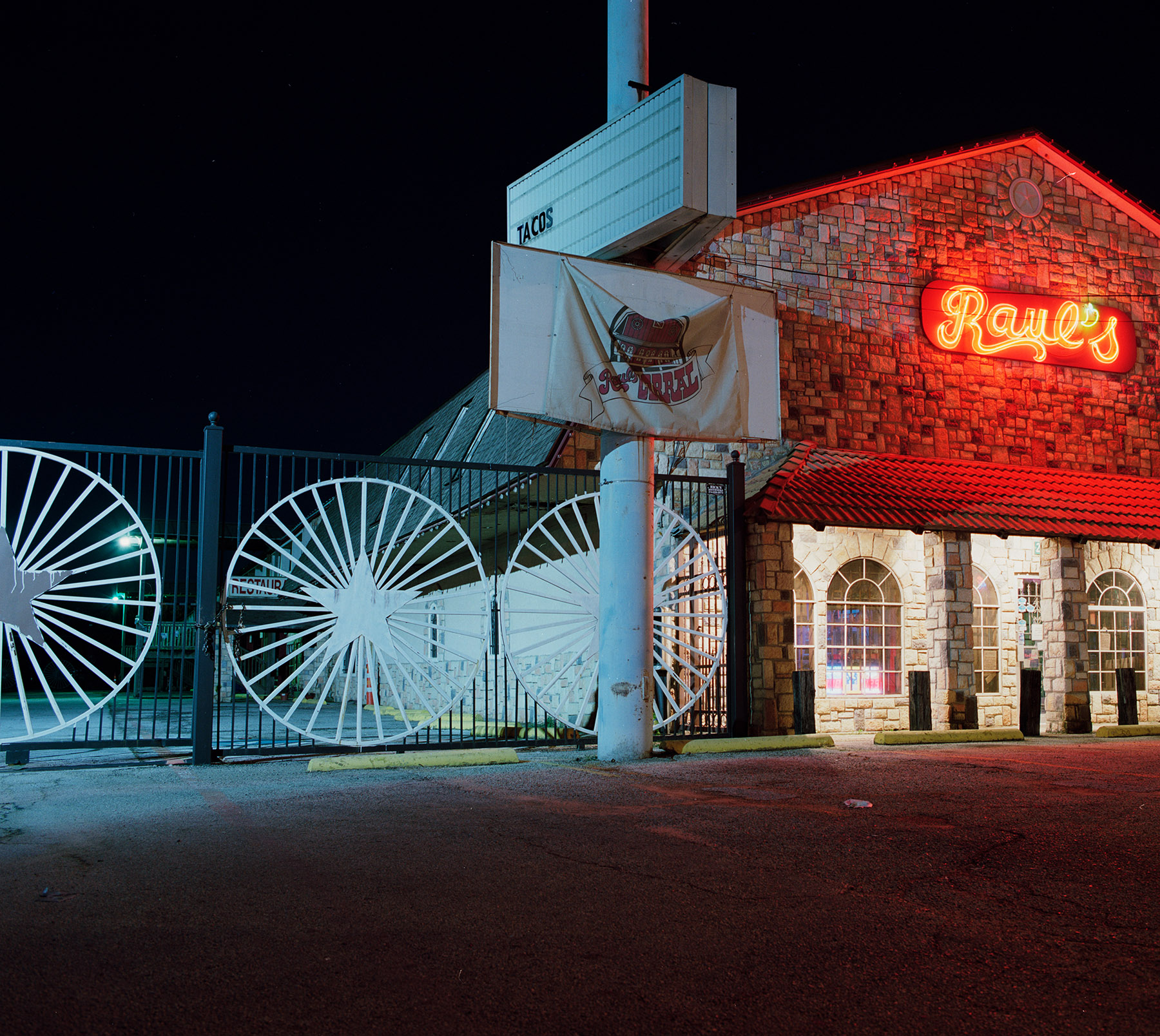 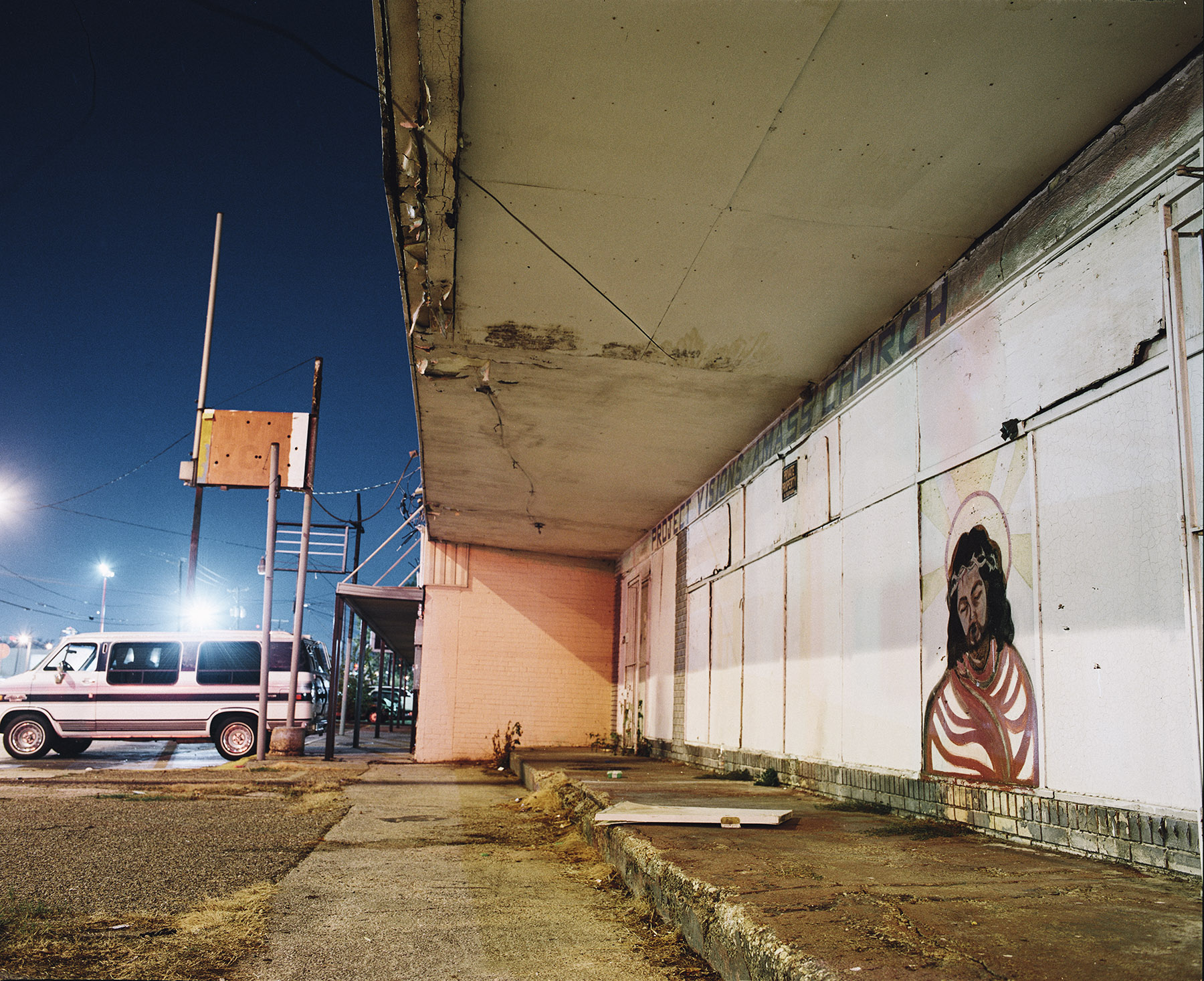 I haven’t gotten a chance to take the 50mm for a spin, so no shots from it yet, but I suspect the image quality will be a lot like these other three lenses!  The only lens that I’ve heard some less than glowing things about is the 250mm, and that was in the sharpness category, but I don’t have one of those (and I’m not really interested in anything longer than the 200mm), and I would take any opinions (even mine!) with a grain of salt…

I’ve enjoyed my time so far with the GS-1 (about 7 years and counting), it was my first “real” medium format camera, and I can see using it for as long as it holds up!

*just be aware that it takes some time to build up a kit, unless you buy from someone selling a package deal.