I’m a guy who loves independent things.  Back in college all I wanted to do was watch independent films (I still love indies) and listen to local and unknown bands.  I love when people believe in something so much that they’ll do anything to get it out into the world.

I love that there is a resurgence in film and film photography, people are buying Polaroid cameras and instant film thanks to the efforts of the Impossible Project, people are interested in alternative processes, and Ilford is reporting that a large percentage of film users are under the age of 35.  People are interested in tangible photography, negatives, prints, etc again.  I remember when my local camera shop had huge poster sized signs hanging from the ceiling with the statement “Are you Digital yet??” in large, bold, damming typeface, confronting everyone who walked through the door.  That was 14 years ago, now when I walk in there, they have a nice little corner of the store carved out for film (even 4×5 film!), and a small fridge for the pro color films and Impossible Project packs.

I love that there are some companies out there willing to put out niche film photography products (think New55, Cinestill, Ferrania, etc), every new option available to us as film photographers in 2016 and beyond is nothing short of a beautiful thing.  Every time I see something film photography related pop up on Kickstarter, I scramble to see if I have some extra funds lying around that I can buy into a reward level (if it’s something that I personally want), or that at least I can donate $5 or $10, even if I don’t get anything.  Any time a petition to Fuji comes around (face it, we’re always petitioning Fuji to save something or bring something back film related, it seems that our misery brings them great pleasure…), I’ll put my name on it, even if it’s something that I don’t personally use.  I remember there was one a while back regarding Velvia.  Now, I don’t like Velvia’s colors, I was always more of a Provia guy.  I never have shot it, and I never intend to, but I know there are thousands of my fellow photographers who do, who have bodies of work that are tied together with that film’s palate.  If that petition would have asked for donations, I would have donated money, with the hope that if something was happening to a film stock or film related product that I cared about, that the community would help out, regardless if they had something personal to gain from it.

Over the past 5 years, I’ve joined in the kickstarters for the Travelwide, The Intrepid, Cinestill Medium format Film, and New55.  KickStarter is a great way for the community to make sure these type of products see the light of day without having to enlist the help of investors / companies outside of our tribe.  Investors that don’t give two shits about anything other than their bottom line and ROI (Return on Investment). Just imagine the Travelwide guys pitching their product to venture capitalists, like on Shark Tank… 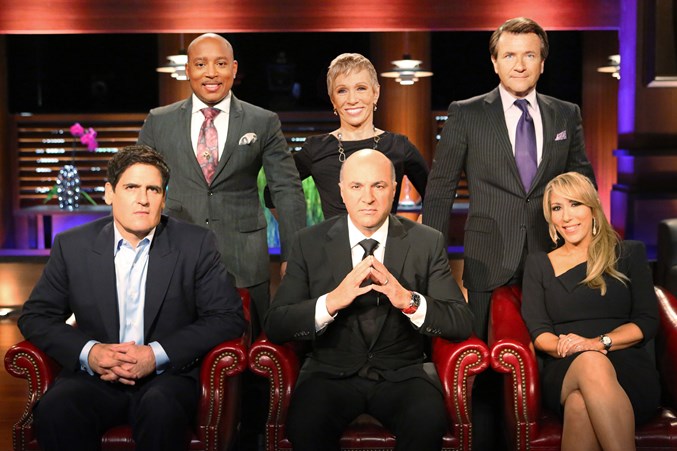 We photographers can be a surly, hard to please bunch.  Before I returned to film (and before I stopped paying attention to most of the photography forums), everytime a new digital body was released, there was always seemed to be a section of photographers who wanted to point out everything that was wrong about the camera (even though what they were pointing out is why the camera was wrong for them – big difference), and they wanted to make sure their voices were heard.  Too much this, not enough that, why did they put that in it?  It made me ignore all new camera announcements, and eventually stop frequenting photography forums altogether.  When I returned to film, I started visiting only film photography forums, nicer people, no measurebating, no brand wars, no petty arguments.  People who are more than willing to send random strangers things like film and small pieces for cameras like a film crank or spare lens hood, just because it was lying around, and they saw someone who could get some usage out of it.  People who in the spirit of community would load up a camera, soliciting participants then sending that camera across the country (or world) for fellow photographers to shoot a roll or photo and send it on to the next anxiously waiting photographer.  Could you imagine a travelling DSLR or Mirrorless camera?

Okay, the reasoning behind this post is something that you might have noticed gradually creeping into our happy little community; negativity.  It used to be if you didn’t use a particular camera, film or paper, or you didn’t shoot a particular subject, you didn’t dump on someone else who did.  Our individuality in our tools and methods was something that we celebrated.  You sat back, asked some questions, maybe left that day inspired to try something new or different than what you were doing.  Or you said nothing at all, and moved on to the next post. For example, I for one was super excited when the Travelwide was first announced, I didn’t shoot large format and I figured that this was a great entry camera that would enable me to shoot like I usually do, loose and from the hip, just with the reward of huge 4×5 negatives!  I’ve never been much of a tripod shooter, I used to hate tripods (I’ve come around on that…).  But the thought of a 4×5 camera I could toss in my messenger bag and pull out and take a quick shot (how could you not love the contradictory nature of a camera made for quick, casual shooting using 4×5 film, not really a format known for “quick shots”…) was just too good to be true.

When it was announced, it was obvious that this was for a certain type of photographer.  If you loved the meditative aspect of large format, where you setup the camera after careful introspection and anticipation of just the right time where you knew the light was going to be just so, because you had pre-mapped it out days in advance using various tools and apps, you were not the Travelwide type of photographer.  And for every five photographers or so that were eagerly picking rewards on the Travelwide’s Kickstarter page, there were voices that would pop up talking about things like the lack of movements, and how this was a waste of money, or a totally useless product.  Explain to me how would any product that could possibly get someone interested in 4×5 shooting (and could possibly lead them to purchasing a more traditional 4×5 field or monorail camera, as well as purchasing fresh 4×5 film) could be a useless product or a waste of money?

About a year later, another new 4×5 product hit the streets, the Intrepid, a foldable 4×5 lightweight wooden field camera (like the other wooden 4×5 lightweight field cameras available, but thousands of dollars cheaper – another entry level camera, but this one was more traditional in that you had some movements and could mount lenses from 90mm – 300mm on it), again the negativity trickled in, mostly why bother with this camera when you could get a Crown or Speed Graphic at / around the same price?  This is true, you could and still can buy a Crown or Speed Graphic around the same price as an Intreprid camera, maybe even cheaper, the only difference is that funding the Intrepid allowed a BRAND NEW COMPANY to produce a BRAND NEW 4×5 FILM CAMERA to give photographers an option, to purchase an inexpensive BRAND NEW FILM CAMERA (please notice the emphasis on brand new…), that they can get support for, and that they know they will be receiving a good product (Intrepid puts together every camera by hand – how many companies are still doing hand built products?).  It also opens the doors for them to possibly try something larger (8×10, maybe an ultra large format – 11×14?).  Or purchase a more traditional 4×5 field camera, or even get a monorail?

Take from this what you will, but we can all agree that the heyday of film being the only game in town has long passed.  We’re a smaller, tighter more neighborly community now.  We’ve got to support one another as much as possible, because if we don’t, no one else will.