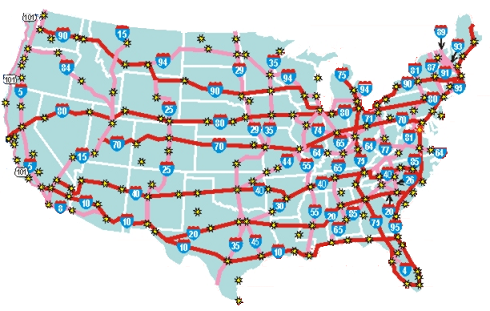 We all have it.  Restfulness.  Sometimes you get tired of photographing the same streets, the same places, the same faces.  And you need to go, somewhere, anywhere else.  The camera is curiosity manifested in a physical form, how many times you have trespassed on private property, or maybe approached someone and asked if you could take a photograph of them?  Would you have done it if not for the reward of a photograph?  The camera makes us question, makes us explore, makes us confront.

One of most romantic enduring images of being a photographer is the road trip.  Just you, your camera, an airplane or a car, a destination, or maybe the journey is the destination.  Maybe you have the images in your mind that you want to make.  Maybe you just need to be in an unfamiliar place and the photographs you make are a reaction to those surroundings.  And you know how hard it is to explain to the non-photographers in your life why you just up and want to go somewhere randomly out of the clear blue.  Four years ago I was working on a project, and I had this urge to fly to Detroit to make photographs.  I remember telling my wife, and she asked me “Why did I want to go to Detroit?”  Mind you this is right after Detroit had filed for bankruptcy, and my response, which has no become my go to response when talking about photo trips to non-photographers was, “I don’t know, I gotta see what’s going on in _______ (fill in blank with destination)” 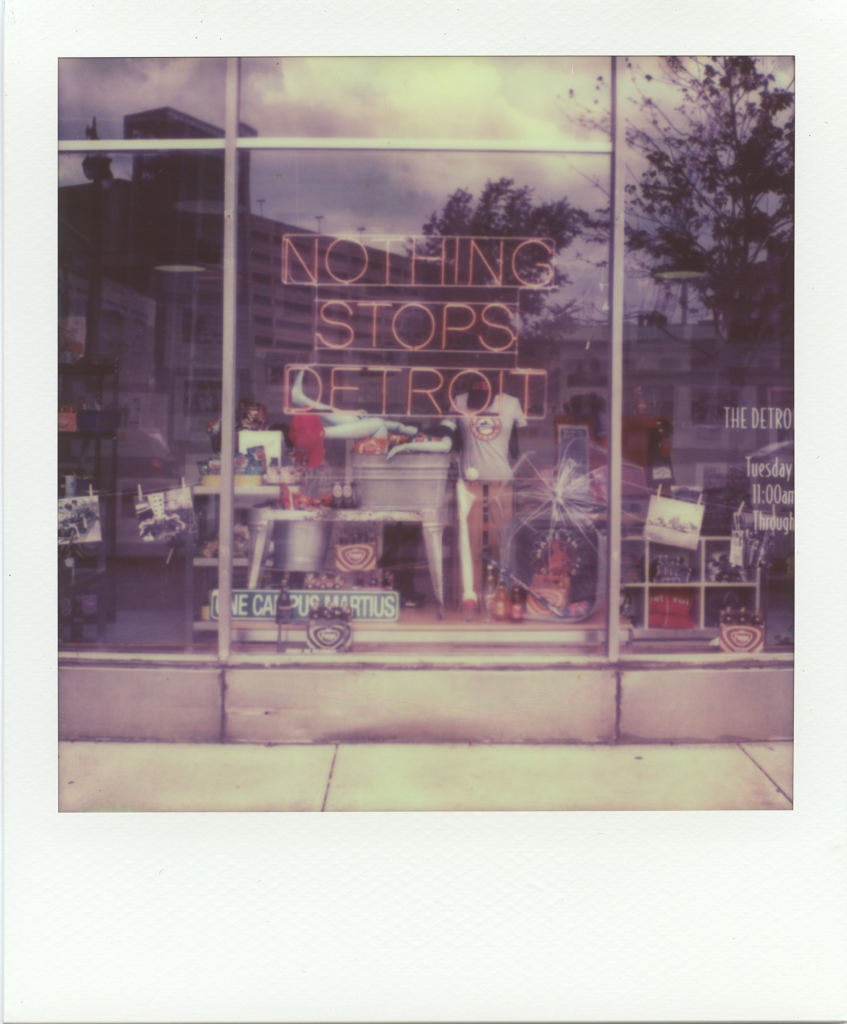 Have a f**king Leica, Will Travel…

After I calmed down my buyer’s remorse from buying that f**cking Leica, I wanted to go somewhere with it.  Personally I don’t think any camera has put the wanderlust in me like the Leica has.  Just throw it in a bag, with a bag full of film, and hit the road.  A few months after I bought it, I picked it up one day and it said to me “So, where are we off to?”  I replied, “I think we’re going to go to Hollywood” 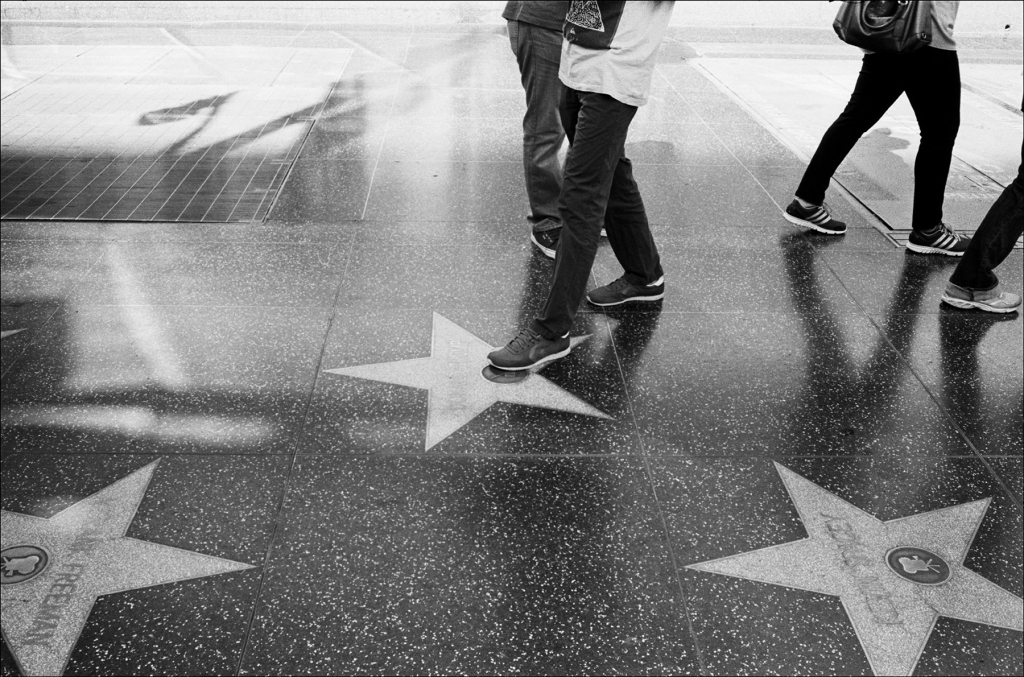 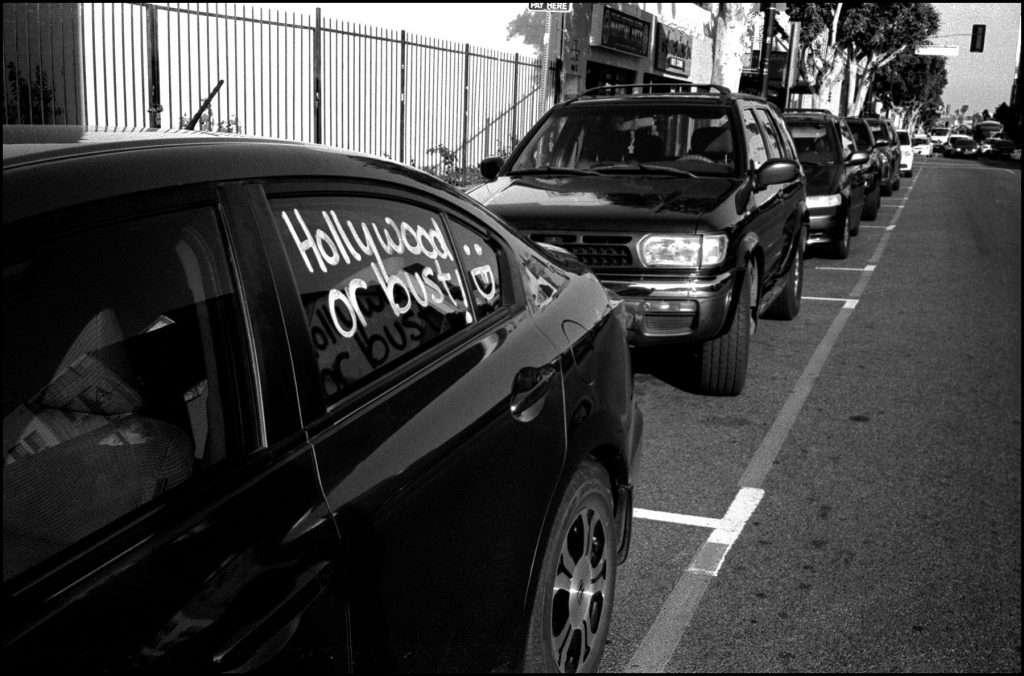 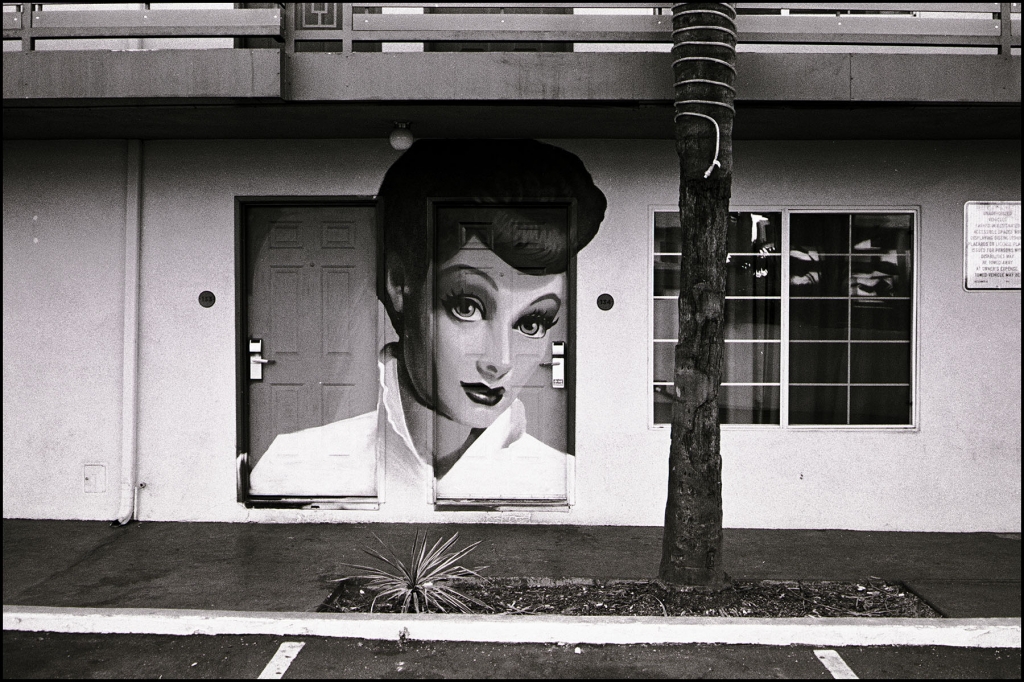 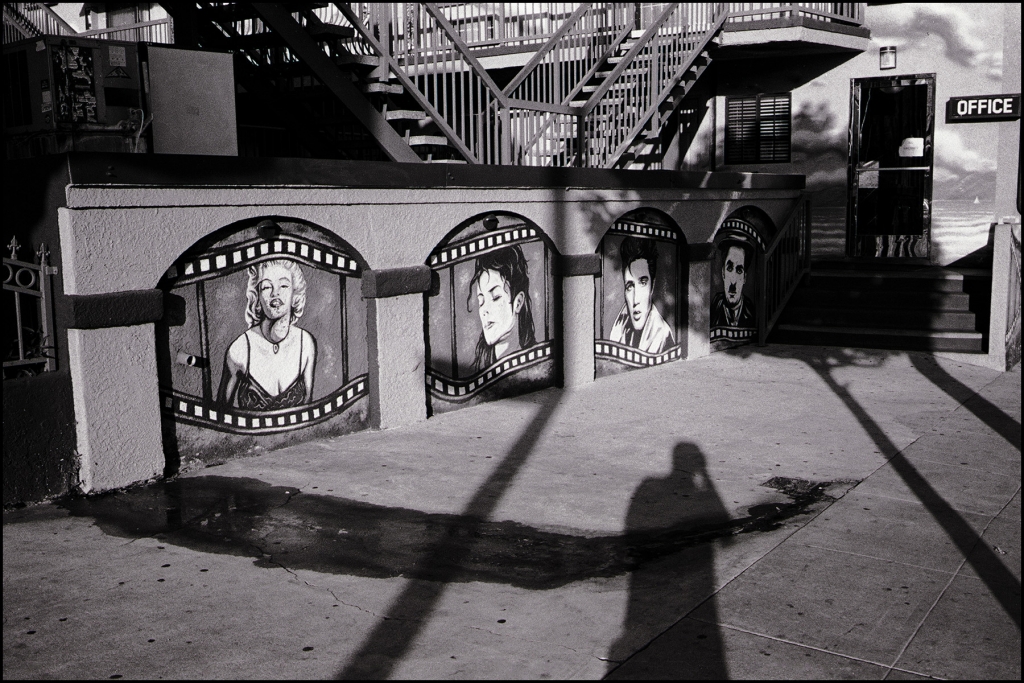 After developing the photos and resting at home for about 6 months, I got the itch again. I asked the Leica, “What do you think about going to Vegas?” 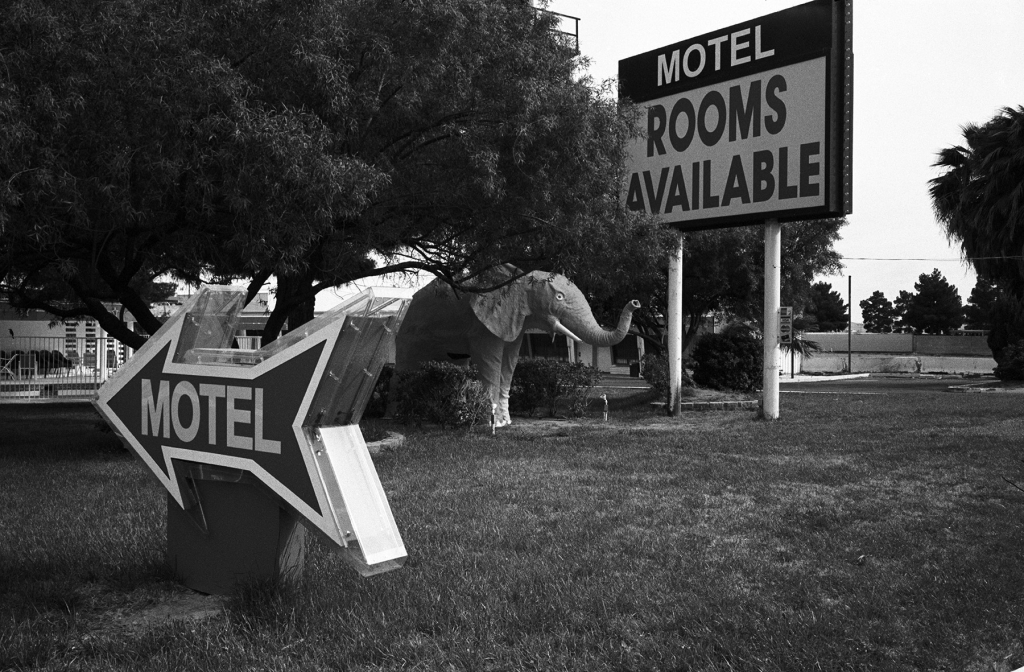 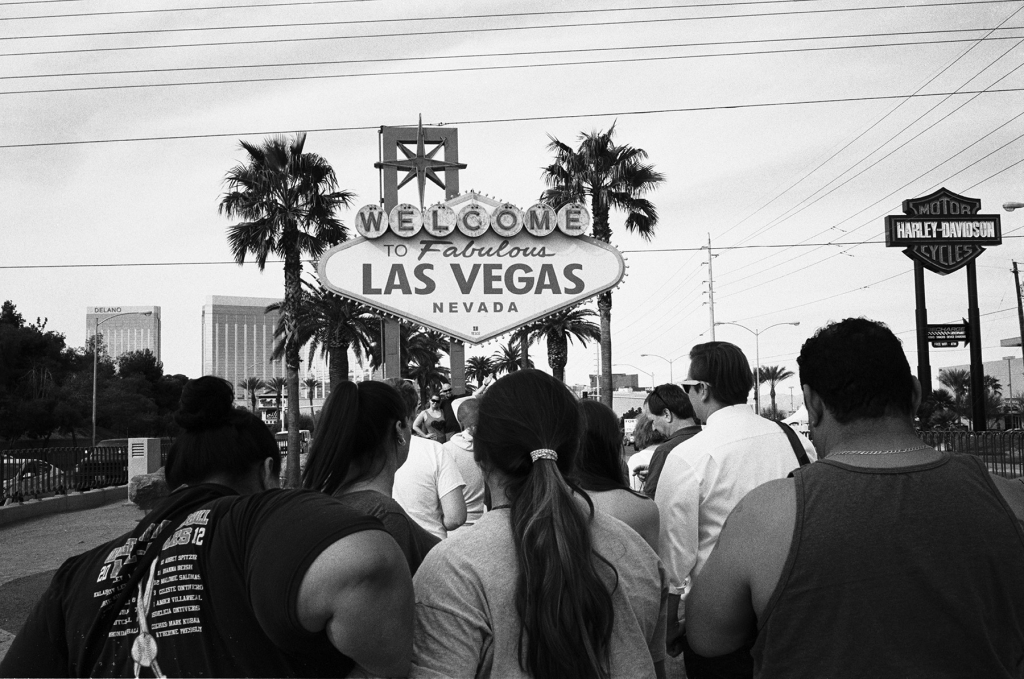 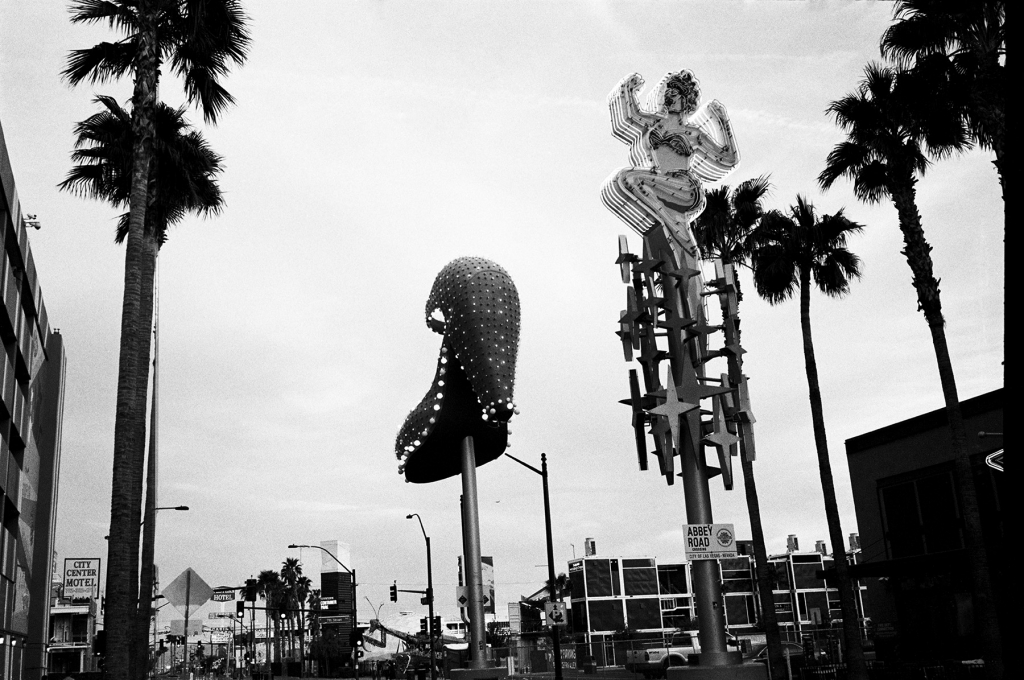 The funny thing is, I never considered going on a trip somewhere (with the sole purpose of making photographs) until I returned to film. I took a cruise with my wife back in 2009 and I took so many digital photos that it was such a chore for me to go through and edit them (I had the intentions on making a book….and I still do!).  I never had the urge to take a photo trip with a digital camera for that reason, dealing with the deluge of photographs when I returned home.  Traveling with film does have it’s challenges, mostly when you are flying somewhere, which would make a good future RTF discussion. But the perks far outweigh the challenges, which in my opinion is getting the film to and from where ever you are going, and remembering to bring enough film! I’m always of the opinion of there is not such a thing as bringing too much film (I personally love to fill a ziplock bag full of film)

20 rolls of sweet Delta 400 in that bag, I ended up shooting 17, and that was me trying to be conservative! Last thing that you want to do is run around on a trip looking for film (especially if where you are going doesn’t have any camera stores that sell film, but even if I were going to somewhere like LA, Chicago, NYC, places where you know you definitely can find film, you never know what prices you’ll run into, and if they’ll have the film that you’re looking for!)

As I write this, my Leica and I are currently preparing to make a trip to Washington DC, and I am excited at the potential for photographs that should result! 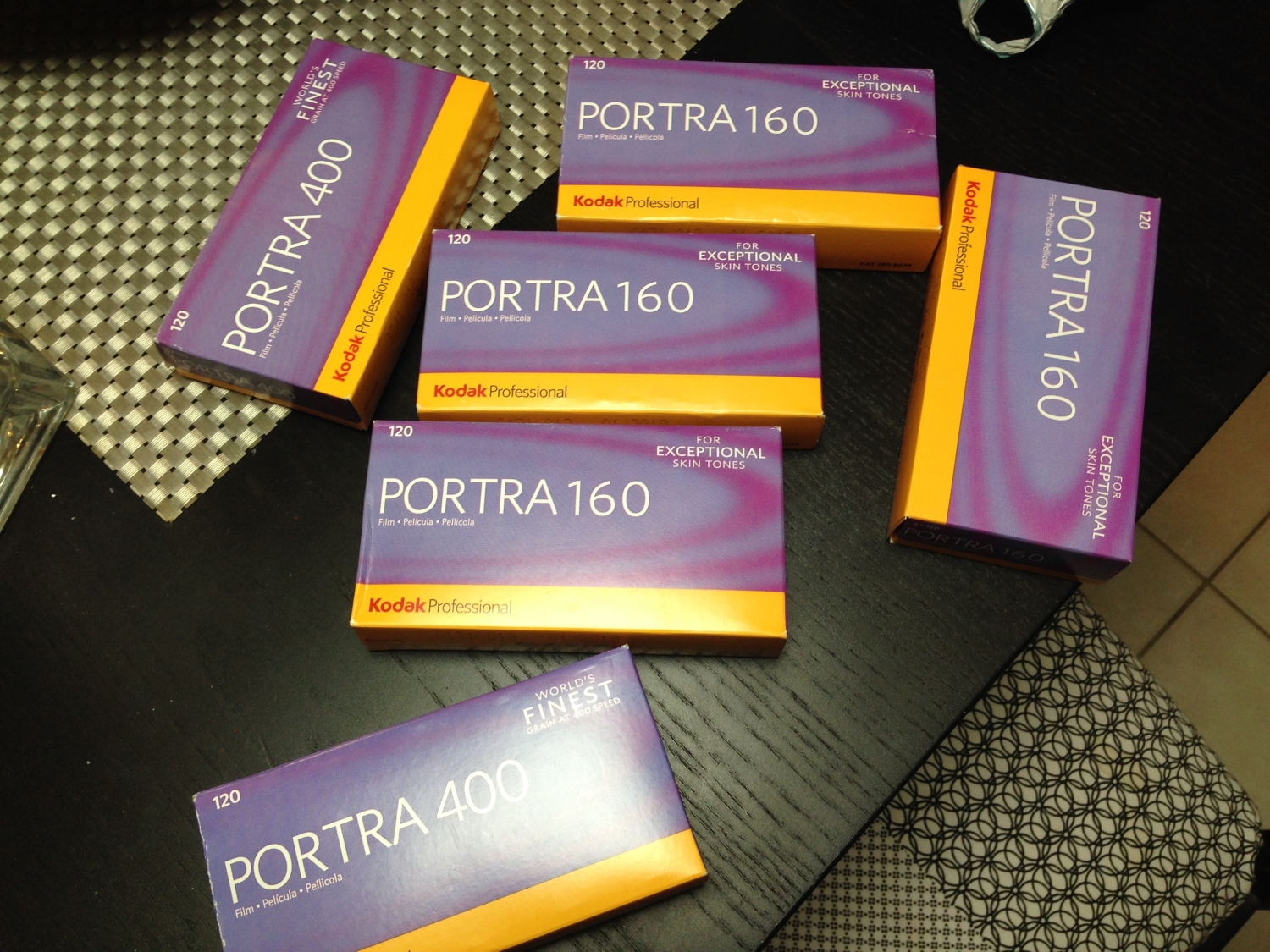 One thing that quickly becomes evident when you get serious with photography, is the expense of everything; buying new bodies, buying new lenses, etc., etc. etc. And one of the negatives things people like to bring up about film photography is the expense of buying film.   And unfortunately you have to pay to play, if you want to take photographs on film, you have to buy film. There’s no way around that. So to lessen the sting, we do things like buying expired film. Nothing wrong with that at all, it’s a great way to stretch your money to do the maximum amount of shooting.

Unfortunately buying expired film does nothing for the sales of Kodak, Ilford, or that other company that sort of sells film when they feel like it. And when those companies don’t see sales, they don’t have any reason to keep producing the product for sale. Kodak may say they are committed to film photography, but they are also a business, and businesses have to make money from selling their product. If they aren’t making money, film stocks start disappearing. And with Kodak’s announcement of the return of Ektachrome, we can see that we have some control over the market. Kodak saw there was a demand for the product, and now they are working hard to bring that product back to the market.

You might be reading this at home, asking yourself, what can you do? The answer is buy fresh film. As much of it as you’re able to, often as you can. Shoot that film, send it to labs (bonus points for a lab local to you) for them to process it, repeat.

Load up & get out shoot, your cameras miss you… 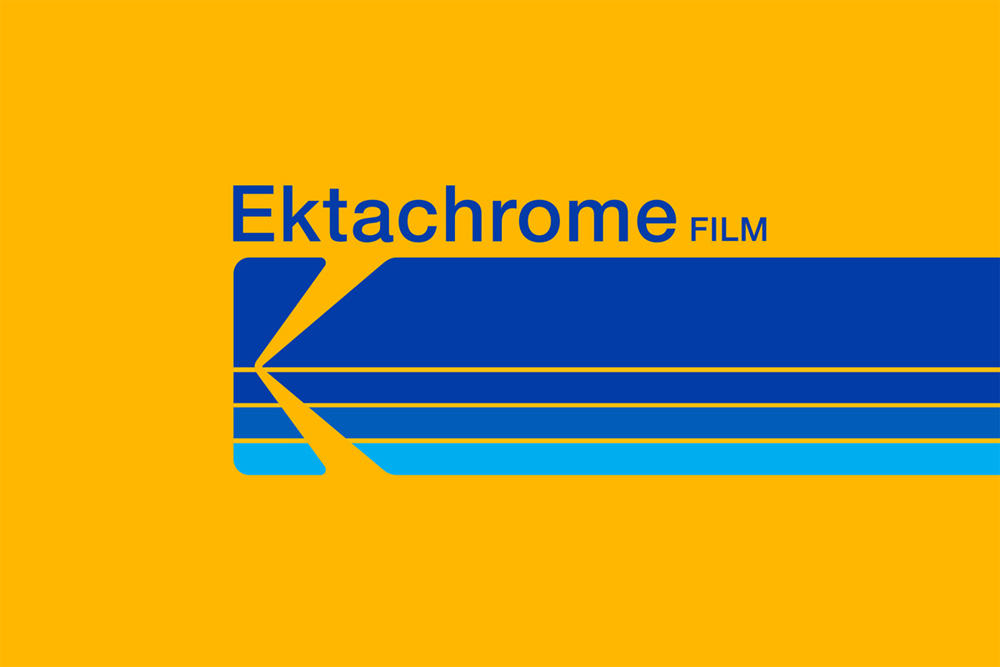 I’m sure by now everyone in the film photography community has heard the great news coming out of Kodak Alaris!  They have decided to re-release Ektachrome slide film.  This shows all of us in film land an extremely important thing that Kodak is listening to us.  All the articles about people returning to film, about younger photographers ditching their DSLRs and returning to film, fashion photographers using film, etc, etc, etc, they were listening.  And I know every time one of these articles popped up on Facebook, or in a photo forum, there was the groans about how “Nobody cares about film” and “film is dead”, yada, yada, yada…. I think that Kodak would disagree with that “film is dead” business. This shows our collective power, Ektachrome has been discontinued for 5 years!  Who knew that when it was discontinued back in 2012 that one day Kodak would look at how many people are buying film cameras and seriously looking to film for something different in their photography, and that would influence them to change their mind, and un-discontinue a film stock??? Is un-discontinue even a word???

We here at Return to Film are anxiously waiting until we can get our hands on some of this E-6 goodness! Marc and I are planning on shooting a roll (or maybe more) each, and then putting some thoughts and impressions out on the interwebs! 3rd quarter of the year cannot get here fast enough!!!

I have not shot slide film since around 2008-2009, back then I had a film crush on Provia (I still do, I just can’t in principal give money to Fuji for film when I know that deep in their hearts they really don’t care about film…), and even when I did (give Fuji money), I shot them pretty sparingly. Mostly because slide film has always been more expensive then negative film, so I’d only mix in a couple of rolls of Provia in with my pro-pack orders of 160s and 400h (I LOVED Fuji color negative film…), and it was always a special treat getting your film back, holding the slides up to the light and seeing those beautiful rich, deep colors and contrast. There’s nothing like it in the film world!

Kodak will be dipping their big toe in the pool right by just bringing back Ektachrome in 35mm (I’m already trying to think of a project I can shoot with it!) on the release date, and we can only hope (well not really hope, we can go out and buy, shoot, and process as much of this film as we possibly can) that Kodak will then give us Ektachrome 120 (maybe if we’re EXTRA nice 220, pretty please!!!), along with some 4×5 and 8×10!!

I need to experience shooting my Mamiya 7 with Ektachrome, Kodak, I need some of that in my life!

And I’m sure all of you out there have a camera / lens combo that you would love to shoot using this film (for some reason I’m picturing someone out there with a Speed Graphic / Aero-Ektar setup pumping out some big, beautiful 4×5 portraits….)

Is this the start of something more? Is Kodak using this as a test, maybe they could re-release other films? If so, as a personal fav to me, could we get Plus-X back?

(EDIT Jan 11th)  I was listening to the Kodakery Podcast earlier today, where Kodak was discussing the New Super 8 motion picture camera they are releasing (and if I was into filmmaking, I would be all over this thing…), Ektachrome was discussed, as well as hints that they are looking into what it would take to bring back Kodachrome!!!

There’s been quite a bit of radio silence on our end, that ends now.  This is the year of film!